Argentinia is a great place to start our cycling tour. Mostly the car and truck drivers are friendly and change the lane to keep space to our bikes. Sometimes they even prefer to force one another to brake instead of sending us into the wild next to the tarred roads. Many of them horn and smile to greet us.

Very often the spare lane on the right is paved as well. Well, only if it is a “route nacional”, small ones don’t have any, there we can be lucky if the main lanes are tared. Till now we were really unlucky with untarred roads. Here, the rule is to carry your bike instead of riding or pushing and this does not mean, you do not need to clean your bikes afterwards.

Anyways, we are here because we wanted to experience new stuff and adventures. Those we got already on our second biking day. I have always been a person interpreting some rules different from ohers, but there are certainly rules which should be followed. One of those is: no bikes on highways! Well, what do you do, if the only tarred road is the highway and every untarred road cannot be used for the next days as they are only muddy holes. Just get onto the highway for a few kilometers. 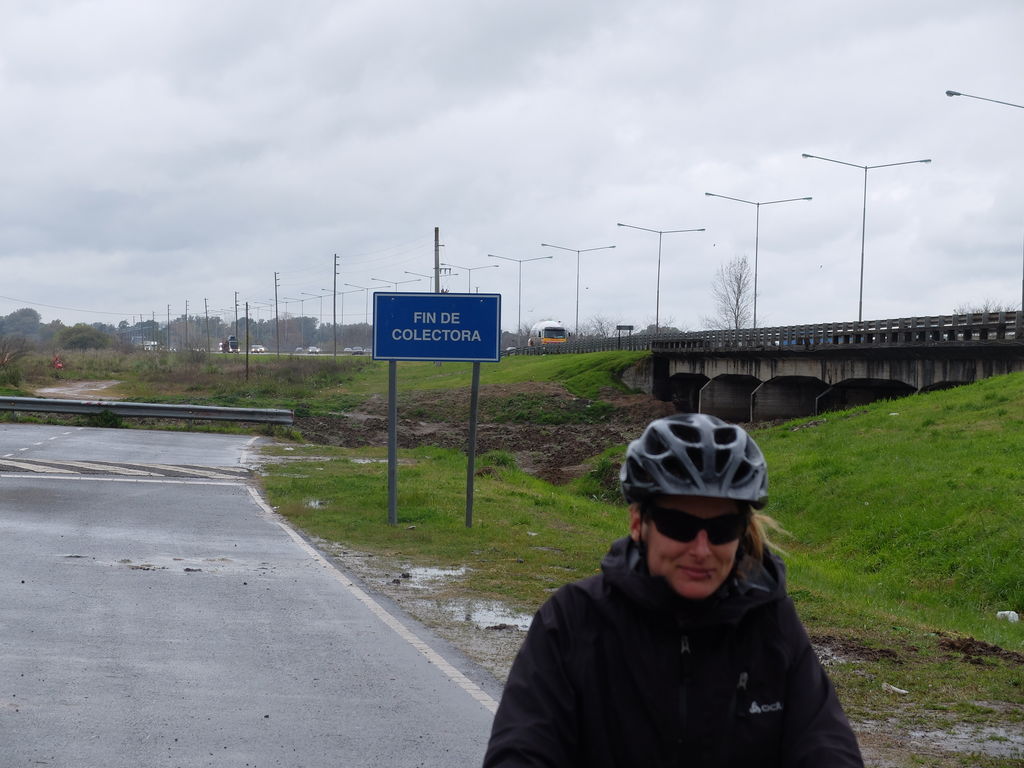 As it is always, you get used to what you do. We took all possible security rules and I bought a high-visibility jacket for the next time.

As usually a bit later you get what you wanted before even though you don’t want it anymore. We got our own seperate lane for fucking ever lasting 5km. The only problem was that we could not really ride. 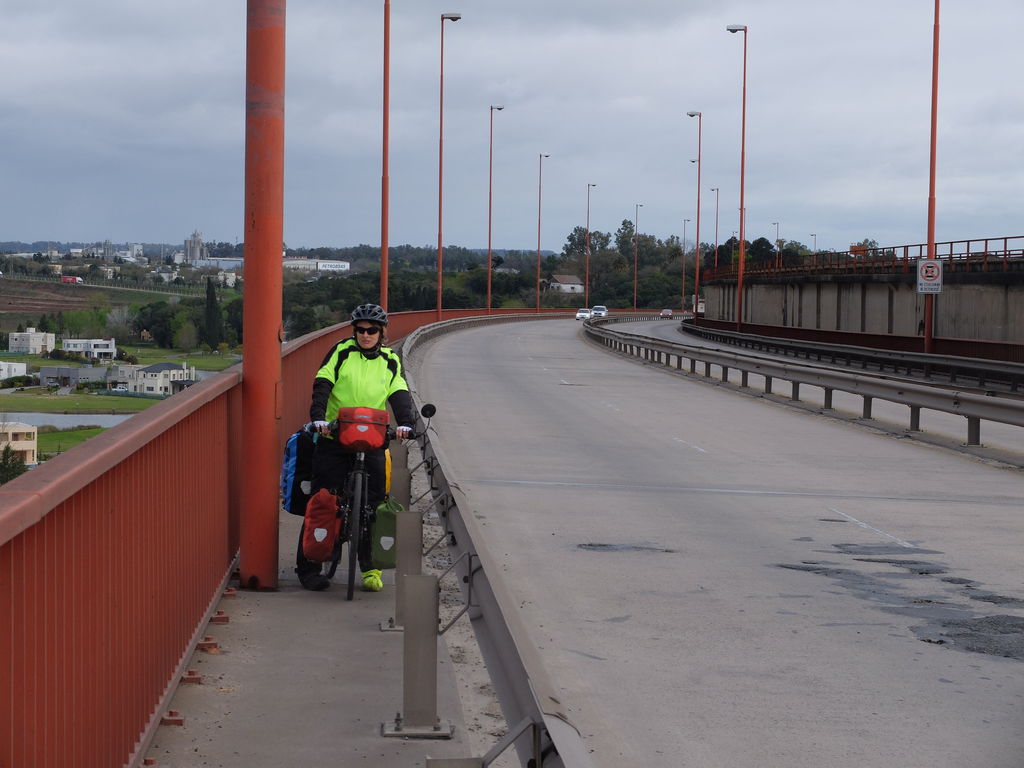 We needed to push and sometimes to carry all bags before being able to push the bikes. All this, just because of a truck driver who wanted to go sightseeing on the wrong side of the road. (We were told the guy is fine.) 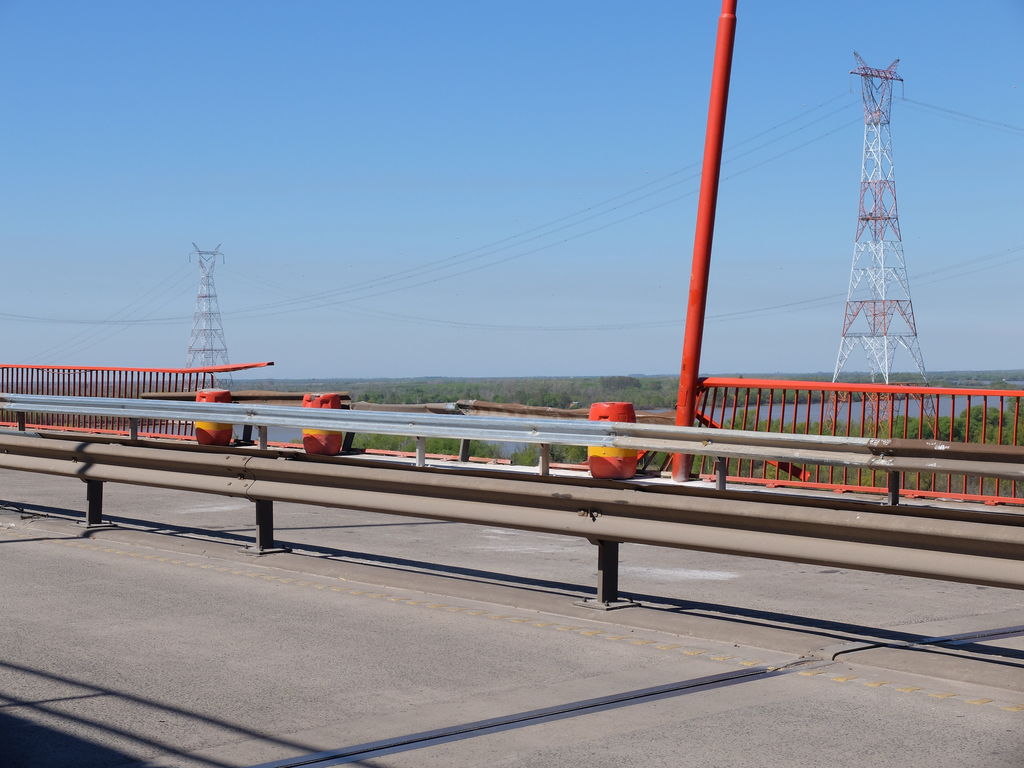 Because of him we needed to take the smaller of both seperate lanes. The result was that our nice travelling speed of more than 18km/h dropped below 5km/h.

Now the bad weather is gone, and yesterday we had a nice ride at about 25-30°C (it’s still winter by the way) and made 100km. We needed to go that far as we were in the delta of “Rio Paraná de las Palmas”. If not, we would have needed to camp wild, get a wet tent and cuddle with cattle.

That’s how we ended up in the nice city of Gualeguaychú today and it just took us 5 days even though we wanted to start slowly. 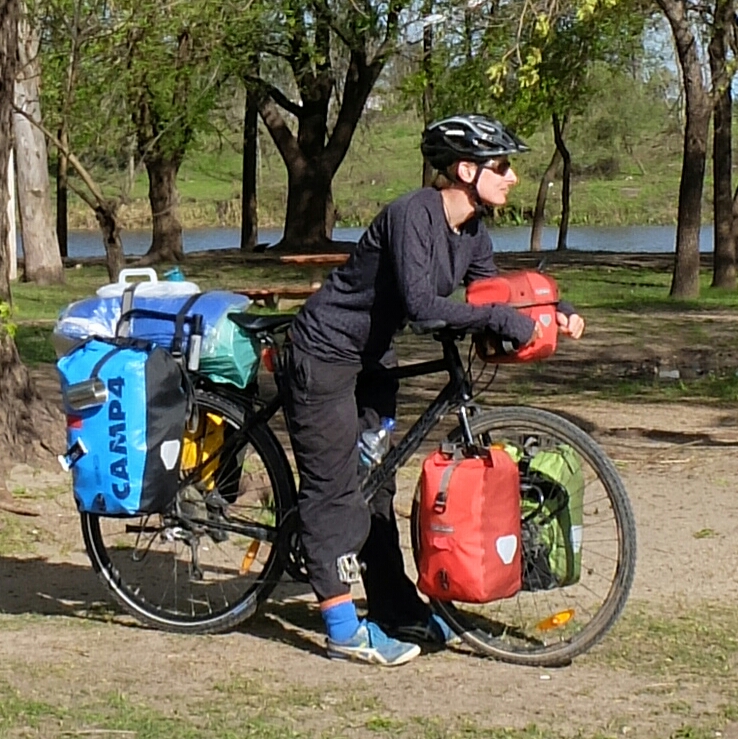