Eventually it became necessary to visit a bicycle shop, after always noticing them without entering. Some of the few remaining original parts of my bike caused some trouble - the pedals. From time to time, they did not spin as they should. We had already bought a first set of new pedals in Tres Arroyos, but they were too small and made a very cheap impression. 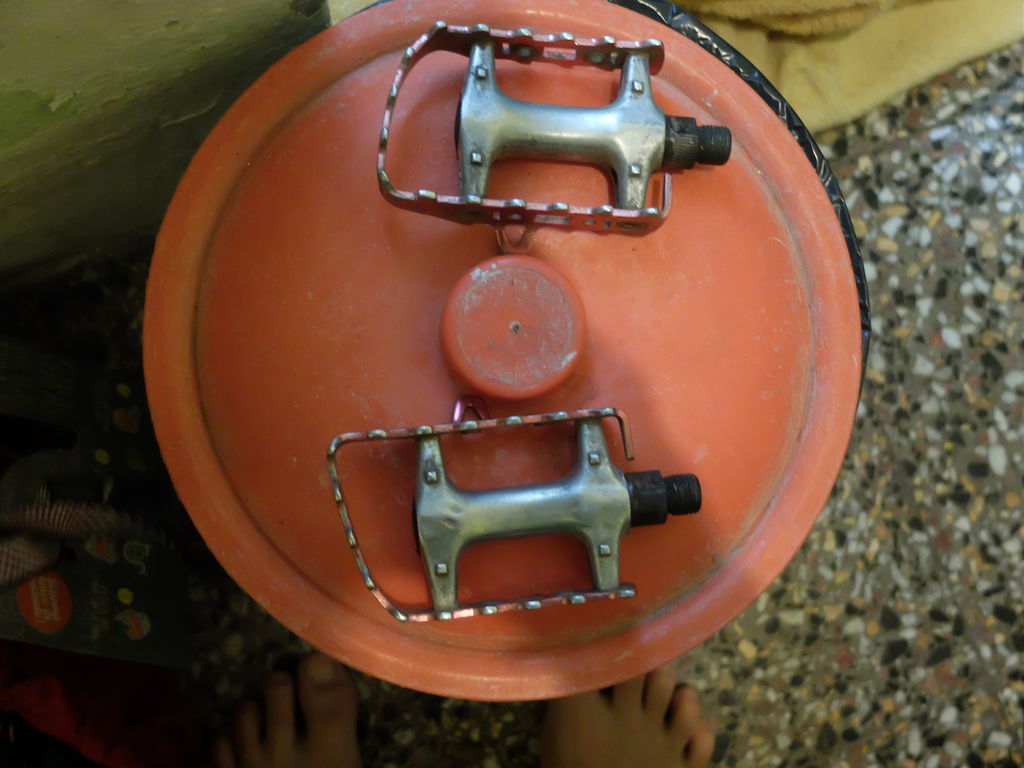 Original pedals, ready for the trash

As we heard, Bahia Blanca should have a good bike store. Hence I started to buy beter ones. A first store was only some blocks away from our hostel: “Storica” (Lavalle, between Soler and San Martin). At the store, I found pedals and got them installed. At the same time, they tightened the screw holding the rear sprockets. Somehow, it got loose on the road.

On the next day, we returned together. We wanted to buy a spare cable for our gear shifters as we had not even a single one. The day before, I also promised to come back and bring some German coins (Euros have national back sides…). The coin transfer became an actual exchange: In return, we got a one peso coin from the bicentennial of Argentina, and our first Mate set, branded with the store’s logo. Very kind, and we recommend the store to everyone in need!

Of course, one store was not enough. Our chain tool was already slightly broken. As we use it regularly to change our chains, I bought a new one in a second store (it was out of stock in Storica). But quickly after I returned it to the hostel, Martha destoyed it while playing with the screw. Nothing moved, it was completely stuck. Luckily, we could return it for a new one the next day. 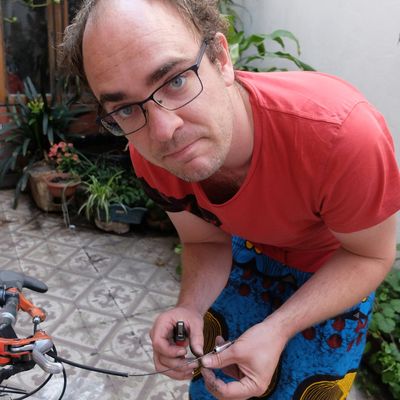